Microplastics: How are they detected and mitigated? Microplastics are emerging as a contaminant of interest both in the United States and globally, with particular focus on releases of microplastics to drinking water, surface water, and air. In our previous article on the topic, we reviewed the global interest and regulatory response to microplastics in the environment. In this article — the final installment of our four-part series on microplastics — we review analytical methodology approved by the state of California for use in monitoring microplastics as well as treatment technologies under development. Impacted industries include oil and gas production and manufacturers of textiles, tires, and consumer products.

It is challenging to quantify microplastics because they have very high molecular weights and are not soluble. Therefore, analytical techniques such as gas chromatography-mass spectrometry and liquid chromatography-tandem mass spectrometry, which are used for most organic environmental constituents, cannot be used to quantify microplastics. Consequently, visual counting techniques, such as those employed for asbestos fibers, must be used, and a wide variety of these techniques have been used for quantification of microplastics, including Fourier transform infrared spectroscopy, Raman spectroscopy, and scanning electron microscopy.

Prior to visual counting, microplastics are typically separated from larger pieces of debris, minerals, and organic matter present in a sample. They can be separated with a variety of techniques, including visually, using sieves of varying mesh sizes, and using solvents or enzymatic digestion to remove organic matter.

As discussed in our previous article, Senate Bill 1422 requires the California State Water Resources Control Board (Board) to establish and adopt standard methods for testing microplastics in drinking water. The Board published draft standardized methods for extraction and microplastic analysis in September 2021 and identified Raman spectroscopy and infrared spectroscopy as the proposed analytical methods for testing drinking water for microplastics. California requires four years of testing and reporting on these methods to comply with Senate Bill 1422. The Raman spectroscopy method was selected for chemical identification and determination of microplastics greater than 20 µm, while infrared spectrometry was proposed for microplastics greater than 50 µm in size. Visual microscopy will also be used for particle counts in both methods. The standard operating procedures (SOPs) note that sample collection methods should follow procedures in ASTM Method 8332-20 for collection from in-line sieving of up to 1,500 L sample volumes and grab sample volumes up to 20 L in glass sample jars. Both SOPs for the extraction and measurement of microplastic particles — infrared spectroscopy and Raman spectroscopy — were revised on May 27, 2022, and are expected to be approved by the Board in summer 2022.

Mitigation strategies for microplastics are in the very early stages of research and development and, ultimately, full-scale implementation will depend on defining the subgroups of microplastics of regulatory interest as well as the public and regulatory pressure to eliminate potential risks caused by microplastics in the environment.

Microplastics are ubiquitous primarily because of the inability to manage plastic waste. The United States Environmental Protection Agency estimates that the United States generated 35,680 tons of plastic municipal solid waste (MSW) in 2018, which represents 12.2 percent of all the MSW generated that year. Of this amount, 26,970 tons (75 percent) were landfilled, 5,260 tons (16 percent) were incinerated, and 3,090 tons (9 percent) were recycled. This amount excludes the cumulative global release of 31.9 million metric tons per year of plastics into the environment.

Mitigation methods can be applied to plastic production and use, microplastic release prevention, and microplastics already in the environment. Soon, the use of plastics in single-use packaging — which represents 40 percent of all plastics used — will be limited. German leaders have developed a packaging ordinance to regulate the collection and recycling of packaging. In the United States, the American Chemistry Council has set goals for 100 percent of plastic packaging to be recyclable or recoverable by 2030 and for 100 percent of all plastic packaging to be reused, recycled, or recovered by 2040. These measures will reduce the number of plastic sources that may become microplastics, but they don’t address the microplastics already in the environment.

Another common source of microplastics is microfibers shed from clothing during washing. A single load of laundry can release more than 100,000 microfibers. Strategies to prevent the release of microplastics from sources such as laundering include capturing the microfibers before they enter wastewater pipes through in-drum devices or external filters in discharge lines. Studies are being conducted in California and Ontario, Canada, to determine the effectiveness of these filtering devices. Although interesting to study, the practical application of such filters will probably be limited, since average municipal treatment systems have been found to be effective in removing over 95 percent of microfibers in wastewater through the primary and secondary clarification systems. However, microplastics removed from wastewater are transferred to biosolids (i.e., residual solids generated from the wastewater treatment processes), which are either landfilled, incinerated, or applied to land as a fertilizer. Under the last scenario, microplastics may be taken up by plants or enter the atmosphere. Microplastics not removed from wastewater as biosolids are released in the “treated effluent” to the environment, typically to a surface water body.

Microplastics may also enter surface water via runoff from road surfaces that contain a variety of microplastics, predominantly particles from synthetic tires. To reduce the entry of the material into surface water, systems can be installed in storm drains, though these systems currently only work for particles greater than 5 mm (the upper size limit of microplastics) and typically require significant maintenance. Filtration-type best management practices, such as biofilters or infiltration galleries, may work for small-scale applications but may be challenging to apply on a large scale.

Most efforts to mitigate plastic pollution in surface water have focused on removing larger plastics (e.g., trash skimmers and booms) from large bodies of water (e.g., oceans, lakes, and rivers) to prevent further release of microplastics as the objects degrade. Minimal research has been conducted on the removal of microplastics from surface water bodies.

If your business manufactures, uses, or stores plastics or potentially will require drinking water tests, you should keep track of new legislation and regulations concerning microplastics. To respond and maintain awareness of the analytical procedures and treatment technologies, it’s important to monitor regulatory actions and technical advances on microplastics mitigation. Please reach out to any of the authors below to discuss your microplastics challenges or for additional information on this topic. Differentiating sources of PFAS with multiple lines of evidence 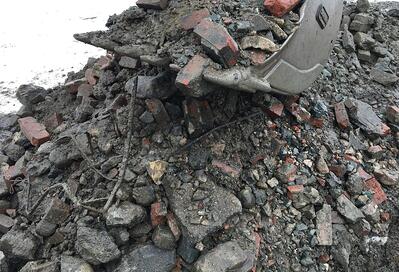 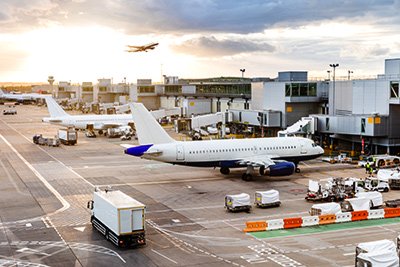