of noise and vibrations during construction through innovative methods

per building in construction costs

of practice in the use of ground improvement 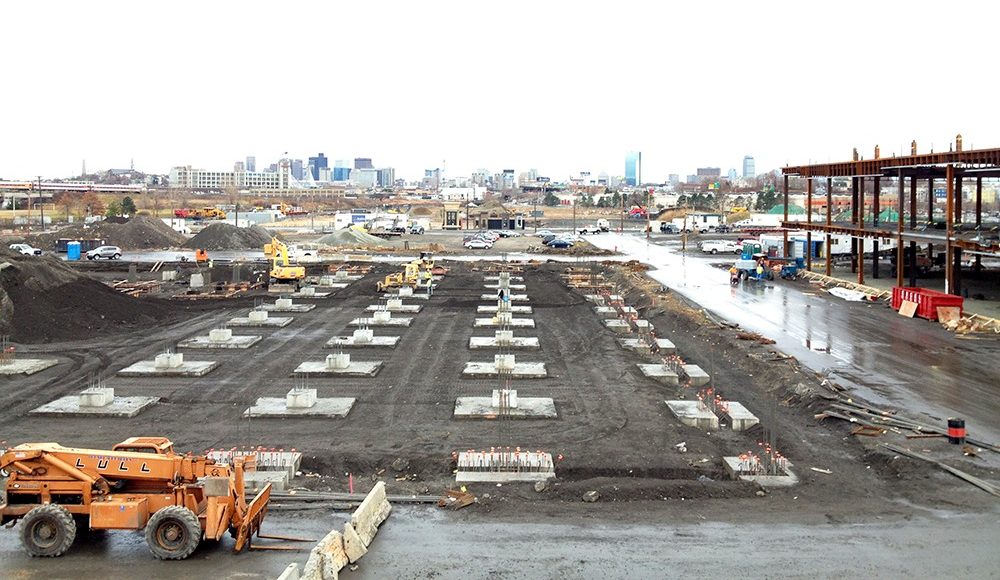 Developer Federal Realty Investment Trust sought to revitalize a historic 66-acre property on the Mystic River in Somerville, Massachusetts. Originally used as a train yard, the property in the inner ring of urban Boston became a Ford Motor Company assembly plant in the 1920s – hence the name “Assembly Square.” The Ford facility closed in 1958, and for 55 years, the prime waterfront site was under-utilized as a food warehousing and distribution center with limited industrial and retail use.

In 2005, the developer purchased the Ford parcel and other abutting properties for phased development into a vibrant mixed-use community. While the site enjoyed a scenic waterfront setting, proximity to Boston, and ready access to major transportation corridors, the development faced construction challenges due to very poor soil conditions. Constructing the types of buildings the developer desired would typically require deep foundations and related structural systems, which would cost millions of dollars for each proposed building. The significant financial stakes prompted the need and opportunity for a new foundation approach. The client enlisted Haley & Aldrich to uncover new ideas and help make this project a reality.

Haley & Aldrich provided a unique perspective with its long history on the site. We assisted with the conversion of the Ford facility into a food distribution warehouse in the late 1950s as one of our company’s earliest projects. Long-standing industry solutions to similar site subsurface conditions usually involved use of long piles driven to reach dependable bearing soils or bedrock, bypassing the weak, compressible layers above. Ground floors were typically constructed of thick, heavily reinforced concrete slabs connected to the pile foundations. While this approach was common and reliable, it came with a steep price tag, which would result in millions of dollars for each of the many planned Assembly Square buildings covering the equivalent of eight city blocks.

We knew what kind of special needs the Assembly Square development would require – and were aware that a more cost-efficient option would serve our client’s interests better than the long-standing industry solutions commonly used on similar site subsurface conditions. We devised a first-of-its-kind approach to use ground improvement to eliminate the need for expensive pilings and structural slabs for the first buildings of the Assembly Row development. Our creative solution included special details and the appropriate testing that allowed ground improvement and shallow foundations to be used in ways that were previously considered unthinkable.